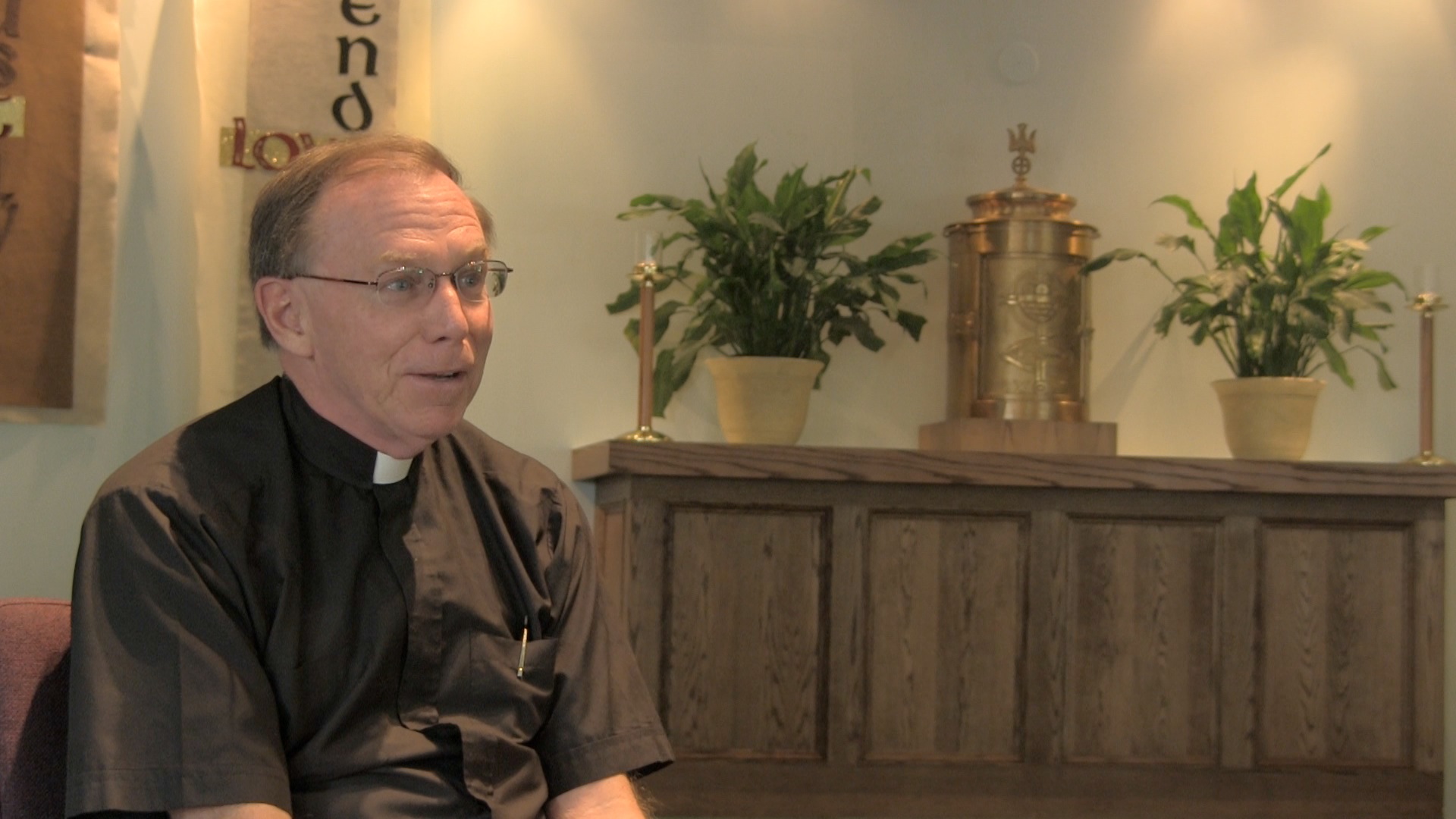 In March 2004, the Rev. Fred Daley was given the “Real Hero” award from the United Way for his volunteer work in Utica.

While being interviewed by a journalist about the award, Daley says he decided it was a good time to disclose his sexuality; he was ready for his community to know he was gay.

Daley felt the need to do this as a means to defend other gay priests, who he felt at the time were being scapegoated in abuse scandals by the Catholic Church.

Daley said that waiting for the next day’s newspaper was the most nervous time of his life. But, he says, the reporter handled the news wonderfully, which helped his fear subside.

The Sunday after he came out, both of his morning liturgies at St. Francis De Sales Church in Utica drew standing ovations. He said he felt the strong love and connection he shared with his community that day.

Since that time, Daley left St. Francis to help establish All Saints Parish on Lancaster Avenue in Syracuse. The church opened in 2008. Daley says that the goal of the church is to show everyone they are welcome.

Through his life, he had to find his true identity. Daley says he is now happy to be the person that God created him to be.

He has found his place in this world; that place is All Saints Parish.